Skip to content
HomeUncategorizedAlmond Plant: Uniuyo Kick Starts Revolution in Nigeria
The University of Uyo is nursing a revolution in the breeding of the tree crop Prunus dulcis, commonly known as Almond for its numerous health,pharmaceutical and economic values. A native of the Middle East and South Asia, Almond currently is produced in commercial quantity by USA, Australia, Spain, Morocco and Iran with the US as the largest producer. Here in Nigeria amid a few undergraduates, a revolution designed to place the nation among the first three Almond producing countries of the world in a few years and ultimately the largest, has begun. 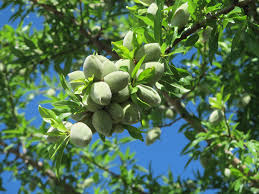 The project is advocated by a group of students in the Faculty of Agriculture who are determined to bring about Almond revolution in Nigeria. “In the next few years, every household in Nigeria will appreciate Almond for its economic value and consume the seed for its numerous benefits while the country will be exporting the crop for foreign exchange”, the leader of the group, Mitchel Njoku announced.

Speaking further with AgroNigeria, an enthusiastic Mitchel revealed that the passion for the breeding, propagation and production of Almond is rooted in the awareness of the economic paybacks of the tree crop as well as the huge gap between the demand for the crop in the international market and production/supply of same from a few countries around the globe. “The various culinary uses of Almond which can be eaten raw or toasted, and the diverse industrial usage once processed into Almond syrup, juice, milk, powder and oil simply emphasized the aspiration.Almond is high in saturated fat, dietary fiber, protein, potassium and has zero cholesterol content”, he added.

Dr L. I. Akpheokhai, a mycologist and an authority in crop science in the Faculty of Agriculture, University of Uyo, commended the laudable inventiveness by the group. “China come into Nigeria with a lot of products from agricultural trees and food crops. If we in Nigeria can work hard to develop our indigenous tree crops for food and medicine, we too can do a lot of things like the Chinese. Almond has remedial capabilities for health challenges like cancer. Instead of importing every cancer drug, why not develop what we have into supplements to solve our problems? This is what India and China are doing today.” Dr. Akpheokhai observed. 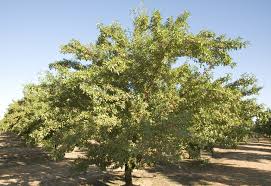 The crop science expert decried the absence of an Almond Research Institute in Nigeria “There is no research institute in Nigeria whose mandate is on Almond development. This is a huge challenge. Consequently, we need scientists, agronomist, geneticist and breeders to work on this project, to develop improved varieties of Almond that will produce fruits in half the period used by wild Almonds, double the yield, of average height, less fibrous roots, thick foliage, and more fruits with bigger seeds. This, definitely is not a one year project and university undergraduates cannot sponsorit. We need support from both the government and the private sector”, he continued.

Work has already begun in the collation of various species samples of Almond for characterization, selection and breeding in a quest to replicate the success story of TREVOR in Nigeria and Dr Akpheokhai implores the government to take a cue from DuPont International, a research base organization that works with universities in the development of improved hybrids.

In the interim, while the process for the development of improved Almond species is ongoing, the Almond revolutionist undergraduates of the University of Uyo as environmentalists and activists are on afforestation campaign discouraging the destruction of Almond trees found everywhere in the wild within the country while encouraging Nigerians to harness the potentials of the tree crop for its economic benefits. They are also collating Almond fruits in their natural ecology for experimental production. A prototype of the machine for Almond juice extraction and seed de- shelling is currently being fabricated for the group by National Centre for Agricultural Mechanization (NCAM), Niger State.

Almond revolution in Nigeria has begun, join and support the revolutionists!